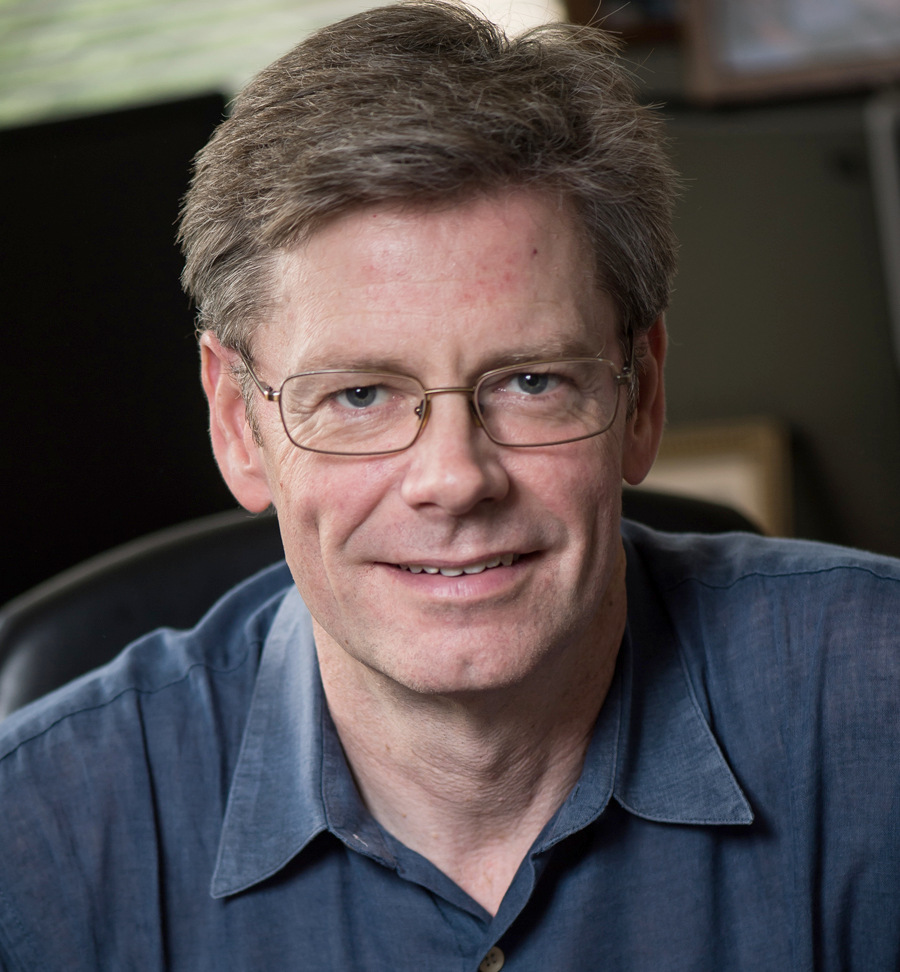 ASTR 451: Astrophysics I - Sun and Stars

My research interests are quite varied, but all are related to the astrophysics of lower mass stars, including the Sun.

Much of my current work is devoted to studying T Tauri stars; which are low mass, young stars that have only recently emerged from their natal molecular cloud cores to become optically visible. Many members of this group show a host of unusual features which appear to be related in one way or another to the fact that they are surrounded by active accretion disks. These are the Classical T Tauri stars, and their circumstellar accretion disks are sites where planetary systems are currently forming.

Along with studying the variability of the emission lines on T Tauri stars, I study the photospheric absorption lines to learn a variety of things about these stars. One of the most interesting avenues of this research is Doppler imaging the surface of the star to discover the location of the starspots that might be present on them. Sunspots were noticed by ancient Chinese astronomers, as early as 28 BC. Telescopic observations of sunspots have been performed on the solar surface since the time of Galileo. Sunspots are regions of the Sun's surface where very strong magnetic fields are emerging from the solar interior. It is believed that starspots trace the location of strong magnetic fields on the surface of other stars, so identifying their location on the surface of T Tauri stars provides clues to the nature of the magnetic fields believed to be responsible for controlling the winds and accretion flows around these stars. Recently, we have Doppler imaged the Classical T Tauri star Sz 68, and have found that the starspots on its surface are concentrated near the rotation pole. This fact indicates that most of the magnetic field emerging through the surface of Sz 68 is also concentrated at the rotation poles, which suggests that the overall magnetic field geometry on this star is Dipolar, such as that produced by a simple bar magnet. Current theories which attempt to explain the process by which disk material accretes onto Classical T Tauri stars all require the star to possess a strong, dipolar magnetic field and the Doppler image of Sz 68 suggests that this might in fact be true.

Strong stellar magnetic fields are now thought to play a crucial role in the interaction of Classical T Tauri stars with their surrounding accretion disks. The stellar magnetic field is believed to truncate the inner accretion disk, forcing material which accretes onto the star to follow the magnetic field lines to the stellar surface. It has even been suggested that the stellar magnetic field halts the migration of gas giant planets as they spiral through the disk toward the central star. This might be the reason that so many massive planets have been recently discovered very close to their central stars. Evidence for this picture is quite varied including the variability and Doppler imaging studies described above. However, if such strong magnetic fields do exist on T Tauri star, shouldn't we be able to measure them in some way? In fact, my advisor, Gibor Basri and his collaborators made the first measurements of a magnetic field on any T Tauri stars: the Naked (diskless) T Tauri star Tap 35. They measured an average field of somewhere between 500 and 1500 Gauss covering the surface of Tap 35, which is quite remarkable in contrast to the Sun where the average field is typically 1-4 Gauss (on the Earth, the average magnetic field is about 0.5 Gauss). To be fair to the Sun, the field is quite inhomogeneous, with the field strength ranging up to around 2500 Gauss in sunspots (which only cover a small fraction of the solar surface). Additionally, the Sun is not regarded as a very magnetically active star.

I originally got started working on magnetic field by trying to measure them on low mass M class main sequence stars. Several years ago, Saar and Linsky (1985) used a medium spectral resolution (by today's standards) IR spectrometer on the KPNO 4-m Mayall telescope to measure a magnetic field of about 3800 Gauss covering about 73% of the surface of the flare star AD Leo (dM3e). If such strong pervasive fields are common among M stars, they should be relatively easy to measure at optical wavelengths using very high resolution spectrometers.

There is some theoretical support for the idea that M stars should have very strong magnetic fields. It turns out on the Sun that the magnetic field is in pressure equilibrium with the surrounding photospheric gas. Even though M stars are cooler than the Sun (about 3500 K compared to 5800 K), their atmospheres are more dense so that the atmospheric pressure is about a factor of 2 - 3 higher in dMe star than it is on the Sun. Thus, it is expected that the equilibrium field strength should be quite large on these cool, low mass stars. My collaborator, Jeff Valenti and I have made several observations of the magnetic field on a number of M dwarf flare stars. More information about this research can be found on my M dwarf page.

Click here to see a solar flare in the H-alpha line.

Part of my work involves trying to understand exactly what happens during a solar flare. Flares produce a lot of very high energy X-rays, which appear to come from very energetic electrons that are accelerated during the flare. I am working with the software team on a new satellite, HESSI, which will take pictures of these X-rays in unprecedented detail in order to try and understand how flares occur. Go to my HESSI Software directory to see documentation on using the HESSI Imaging software as well as some documents related to software tests I have been working on.

This page still under construction. More to come...

For more information on this topic read the scientific articles referenced in publication list, or contact me, at cmj@rice.edu.